Good Grief! I’ve Been Nominated For A Liebster Award! 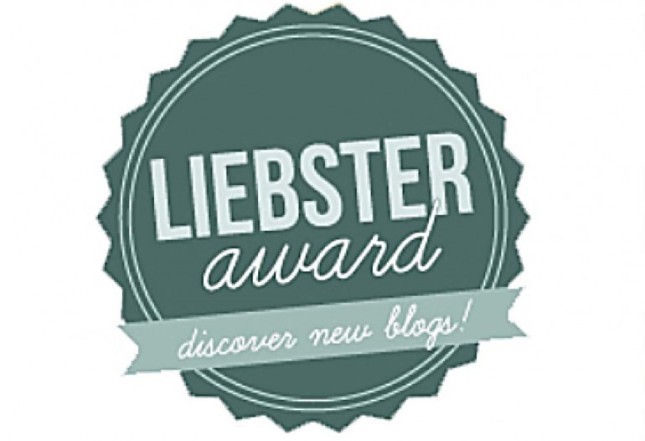 It’s not every day that I get nominated for an award, so I was blown away to receive a nomination for The Liebster Award from the lovely Jenny, who’s the amazing blogger behind The World Of Jenny Pugh.

I know some people don’t like to receive nominations for a number of reasons but I absolutely love it! As these nominations come from fellow bloggers, it means a lot that one of my peers digs this blog and thinks it’s worthy of some kind of recognition. And as Nostalgia Pie is my very first blog and the one that kick started everything, I’m even more chuffed. Nice one, Jenny!

SO WHAT’S THIS LIEBSTER THING ALL ABOUT? 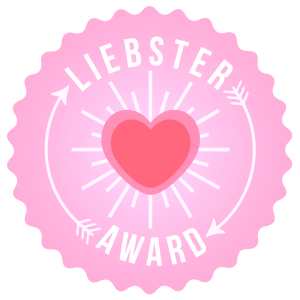 For those of you who have never heard of The Liebster Award before, it’s an online award given to (usually new)bloggers  (generally with less than two hundred followers) by other bloggers. Accepting the award means adhering to a few rules which normally involve answering 11 questions asked by the blogger who nominated you, adding 11 facts about yourself, then nominating between 3-11 bloggers and asking them 11 questions of your own.

So I will gladly be following the above but before I do that I will be taking a little time out to thank the lovely blogger who nominated me.

I was nominated by the fantastic Jenny whose blog The World Of Jenny Pugh is amazing and one of my favourite reads. If you haven’t checked it out yet, then get to it!

I’ve been following Jenny’s blog for two years and in that time, I’ve been fortunate enough to get to know the lady behind the blog. Jenny isn’t just a talented writer whose posts have inspired and motivated me, but she’s also something of a sweetie and I don’t know anyone who couldn’t like her. It’s just too bad we live at opposite ends of the country as she’s someone I’d definitely like to knock back a few cocktails with!

So Jenny, thank you so much for nominating me for The Liebster Award. You know I how much I think your blog rocks, so this is awesome. Oh and like you, I also love the eighties, was into Fimo clay big time, and can’t walk in heels to save my life – hence my collection of ballet pumps. However, unlike you, no one can ever and will ever get me on a bike!

1. If money was no object, what job would you be doing (if any?)

There’s a very frustrated, big-haired, leather-clad rocker trapped in the body of this teeny, weeny little girl who’s struggling to get out, so that’s probably what I would be doing. And if money was no object, I’d perform for free (but then again it would probably have to be for free as I can’t see anyone paying to see me!)
2. What’s your favourite colour, and why?

I really love jewel tones in emerald, amethyst, and magenta. Otherwise I’ll go for black. That’s me – from one extreme to the other!
3. If I beemed down in an alien spaceship and wanted to be shown your favourite place, where would you take me, and why?

I seem to have fallen in love with most of the places I’ve visited so I don’t really have a particular favourite. But maybe my new alien friend would like to accompany somewhere I’ve never been before but have always wanted to visit? Top of the list would be Australia.

4. If you could meet one famous person, alive or dead, who would it be and why?

Alfred Hitchcock. I’m a huge fan of his films and I’d love to know what goes on in that mind of his – but I reckon he’d be too shrewd to ever let me find out.
5. If you could ban one bad habit in people, what would it be and why?

Goodness – where do I begin??? I think I would start with people’s lack of gratitude. It drives me mad that people want. want, want all the time but never appreciate what they already have, or expect things from others and never express gratitude when they get what they want.
6. If you had to look like any celebrity, who would it be and why?

I’ve actually grown to (somewhat) like how I look and I’ve stopped wishing I could look like someone else (those were my teenage years for you!) But if I had to choose, I would be a darker version of French supermodel Laetitia Casta back in the 1990s.
7. What are your 5 favourite songs and why?

I have at least 500 favourite songs! But off the top of my head, I’d choose the following simply because they remind me of important moments in my life:

My Favourite Girl – New Kids On The Block

DJ Got Us Falling In Love – Usher
8. Do you have a signature dish that you are brilliant at making?

I have two. One is a seafood pasta dish which my sister said is restaurant quality – and my sis is notoriously difficult to please! The other is a grilled chicken dish made with coriander, chilli and lime, which I serve with couscous, salad and mango salsa.
9. Which fictional detective would you most like to be and why?

Nancy Drew without a shadow of a doubt. She was everything a young lady should be: strong; feisty; fearless, intelligent, and pretty with it but she was also very nice and treated people with respect. She could solve centuries-old cases that left even the local police baffled. Plus she got to go out with Ned Nickerson who we’re led to believe is quite hot!
10. What’s your favourite book and why?

Way too many to choose. I am a bookworm after all! But The Hypnotic World Of Paul McKenna has been pretty influential as it was the book that got me interested in hypnotherapy – which has been life changing in more ways than one!
11. What place most sticks in your mind and why?

I’ve been fortunate to visit many places around the world but I’m going to say that Euston, London is the place that sticks out in my mind the most. It may seem like an odd choice but when I was nearing the end of my twenties, I spent an awful lot of time in Euston and the surrounding areas: partying, getting sloshed, going to gigs, crashing in my sister’s room when she lived in halls; hanging out with mates and generally enjoying life. And when Hubby and I started going out, we tended to hang out around Euston a lot. But boy did I waste a lot of time there waiting for cabs in the freezing cold (yes Mum, I should have worn a jumper!)

The place brings back such good memories for me that I feel nostalgic every time I think about Euston, and I get goosebumps every time I go there.

1. For some reason I feel very at home when I visit Canada. So if I would very much like to settle there if I could.

2. I absolutely love anything angel related.

3. I started celebrating Thanksgiving after I started going out with the Hubby and I now I love it as much as Christmas.

4. When it comes to mainstream music today, I am sooo clueless!

5. Despite having an interest in ballet, I have yet to go to a performance.

6. And despite being a die-hard rock chick, I have yet to go to a festival.

8. I’m a sucker for afternoon tea: a fantastic British tradition.

9. Scarves, along with shrugs, are pretty much my trademark.

10. My mum’s engagement ring and wedding gown was the inspiration for my own.

11. I used to be a soap opera fanatic when I was younger but sadly not so much now.

12. I spent a few months living in Bournemouth and to this day I miss living near the sea – despite being a die-hard Londoner!

13. I wish I could give up my caffeine addiction – but then there are worse addictions I could have had!

15. I am totally in love with Rodin’s The Kiss.

MY QUESTIONS FOR MY NOMINEES

2. What would be your last meal?

4. If you could learn another language, what would it be and why?

6. Who would play you in a film about your life?

7. If you could go back in time and change something, what would it be?

8. Apart from your own, name a blog that you think is completely and utterly fantastic.

9. Which show were you addicted to as a kid?

10. You’re at a party. What song makes you head for the dance floor?

11. What’s your most overused phrase?

OK this bit is never easy because I am following some bloody amazing blogs and it’s so hard to choose. So I’ve had to narrow it down to those who – to the best of my knowledge – don’t seem to have been nominated for a Liebster before, don’t mind being nominated and have less than two hundred followers.

Congrats to those who have been nominated – and thanks again, Jenny!

9 responses to “Good Grief! I’ve Been Nominated For A Liebster Award!”

not your standard pink-haired scientist loving everything vintage & kitties

Sitting Pretty In The Queen City

Fashion a Hundred Years Ago